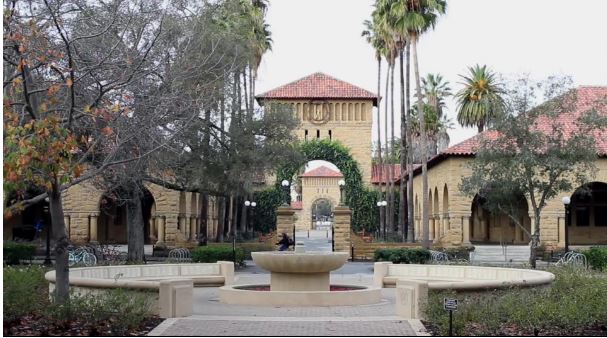 We began Installment 1 of “Conversations With and About Mike” with Michael Hatch, Co-Director of the National Center for Restructuring Education, Schools, and Teaching, wishing: “If only the rest of us could begin our work by building on what Mike has already learned.”

This installment draws on a 2015 interview with Mike for highlights of “what Mike has…learned.” 1

Stanford’s Center for Education Policy Analysis (CEPA) asked a handful of its top researchers to reflect on the most important conclusions, implications, or lessons from their bodies of work.2

The Center captured Mike’s reflections as he sat in his office in Cubberley Hall at Stanford. By the time of the interview, he was serving his fourth term with Jerry Brown as President of the California State Board of Education.

Mike begins his recording session with a quick overview of his current position and career history starting in the 1960s in D.C., noting “I’ve reflected a lot on what I’ve learned over this long [51-year] career in terms of federal and state education policy,” and adding “I’m delighted to share it today.” Let’s listen in:

By 2015, approximately halfway through his second stint as State Board President, Mike had already logged more than a half-century doing research and actively advising education policy-makers across the country, particularly on finance and governance issues.

We’ll see and hear in future installments how the focus on “classroom instruction” came to be the focus especially of this second set of terms with Governor Brown (2011–2019).

He continues with observations from his role at the state level, beginning with his time as a member of California’s State Board of Education (starting in 1975) and later its president (1977–81), which is when I first met him.

In this clip, Mike speaks of state policies, “again, I learned that the instruments and policies that the state government has are blunt, can move people in general directions, but are not fine-tuned enough to affect classroom instruction and to really improve it.” And he summarizes, “to change education from the federal and state level, you need to create a constituency at the local level that will support the change and sustain it.”

He offers examples to cement this point: federal and state reforms from the 1960s and ’70s which:

One reason Governor Brown relied on Mike as his major education confidante was his research focus on “what state and federal reforms last, which ones go away without much of a trace, and which ones…cycle back.” Mike uses the phrase “ebb and flow,” coined with his Stanford colleagues and educational historians, David Tyack and Larry Cuban, to capture this policy pattern.3 (See Installment 1 for Governor Brown talking more about the reasons he relied on Mike more than anyone else as an education advisor for more than 50 years.)

In this final clip from the 2015 interview, Mike summarizes the final lessons he learned in later years as state board president. He considers these to be essential for federal and state education policies to  improve classroom instruction and have “a better chance of lasting.” Click below to listen in:

Again, these three clips are selections, chosen from an interview for the CEPA, and highlight Mike’s sense of the important takeaways from his half-century of service and research.

To further build on “lessons  learned” and to learn more about Mike himself,  in upcoming installments we will dive deeper  into his early years growing up; his experiences at Princeton and Harvard; his years in D.C.; his transition to Stanford; and his decades as a professor, writer, network builder, think-tank creator and participant, national and international education advisor through the extensive digital and written archival resources developed  for this Mike Kirst Biography Project©.

2 The Center for Education Policy Analysis (CEPA), a research center dedicated to action-oriented research on education policies, focuses on the impact of poverty and inequality on educational achievement, the evaluation of federal and state education policy, teaching and leadership effectiveness, and technological innovations in education. It is ranked worldwide as the tenth most influential education policy think tank by the Think Tanks and Civil Societies Program.